About A81 Dent Repair 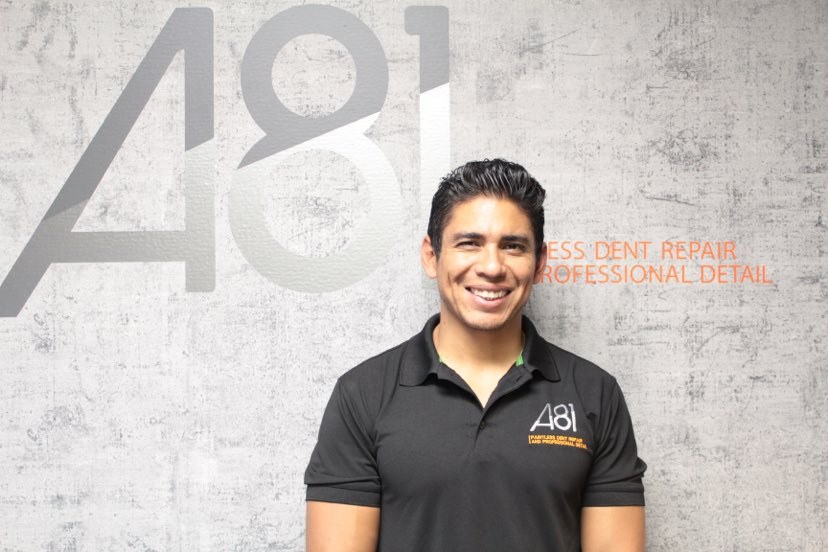 At an early age I had a massive obsession with cars due to my father having his own auto
shop. I practically begged my father to take me every other day just to admire the cars. After
graduating high school I felt rushed to begin studying a career. I tested myself at graphic
design, but I realized that I couldn’t see myself doing this for a living. Later on in 1999 when I
was 18 my brother-in-law who is also in the PDR business offered me an opportunity, he said
he would teach me to do PDR. The more I learned the more I realized this was what I wanted to
do for a living , you know when you get that feeling that your are really good at something ?
This is PDR for me.
I have been doing that ever since and until this day I keep learning. After working for several
body shops and chasing hail storms all over America, I decided to settle down so I could
spend more time with my four wonderful children. With that in mind, my wife Susana and I
decided to start our own business in 2015 and that’s how we started A81.

Instantly get in touch with us through chat messenger below